Our staff are trained to help you choose the right vehicle for your Range Rover car hire booking. They have expert knowledge of each car; and when we hand over your vehicle our guys will show you how all the technological and driving features work so that you can make the most of your Range Rover rental experience.

All our Range Rovers are owned by us and housed in our west London Experience Centre. They are bought new and are maintained in house. Watch any one of our films to be assured of our exceptional quality. What you see if what you hire!

A distinctive feature of all our Land Rovers hire cars is their exceptional axle articulation. This translated means the degree to which the wheels have vertical travel, which allows them to maintain contact and traction with the ground over uneven surfaces.  Land Rover has developed more car-like, road-orientated vehicles over the years; however they continue to market their vehicles as fully off-road capable. This also includes the Range Rover, which is equipped with a two-speed transfer box and long-travel suspension, as well as an array of electronic aids such as Land Rover’s ‘Terrain Response’ system and traction control. The drivetrain and structure is capable of sustained heavy off-roading in all conditions as well as towing loads of up to 4 tons.

Making its debut in 1948 the first Land Rover was designed with brilliant simplicity to achieve extraordinary ability and unrivalled strength and durability. It is no surprise then to note that 60 years later two-thirds of all these remarkable vehicles are still at work today. Not only that, but you'll find them located in some of the most extreme conditions and inhospitable places on earth.

Originally the 1948 Land Rover was designed and ingeniously engineered for extreme strength and capability. Robust construction and characteristics like a short front and rear overhang meant it could drive off the production line ready to take on some of the world’s most demanding terrain and road conditions. These qualities still hold true today and are part of what makes a Land Rover vehicle as unique today as they were 60 years ago.

Land Rover continually evolved and refined the development of their all-terrain vehicles throughout the 1950s and 1960s with a tighter turning circle and improved stability. At this time Land Rover took the lead in this developing market for four-wheel drive vehicles. As a tough, reliable mobility vehicle, countless organisations came to depend on Land Rover to get staff and supplies in and out of the most challenging locations. Organisations like the Born Free Foundation and The Royal Geographical Society still rely on Land Rovers today.

Land Rovers forward-thinking philosophy which has stayed true from its inception as a radical, entirely new product was introduced in 1970 and created its very own vehicle category. The overnight sensation was the original Range Rover. It had all the capability of a Land Rover with the comfort and performance of an on-road car and as such has become one of the most appealing 4 x 4 SUVs on the open market for everyday use. 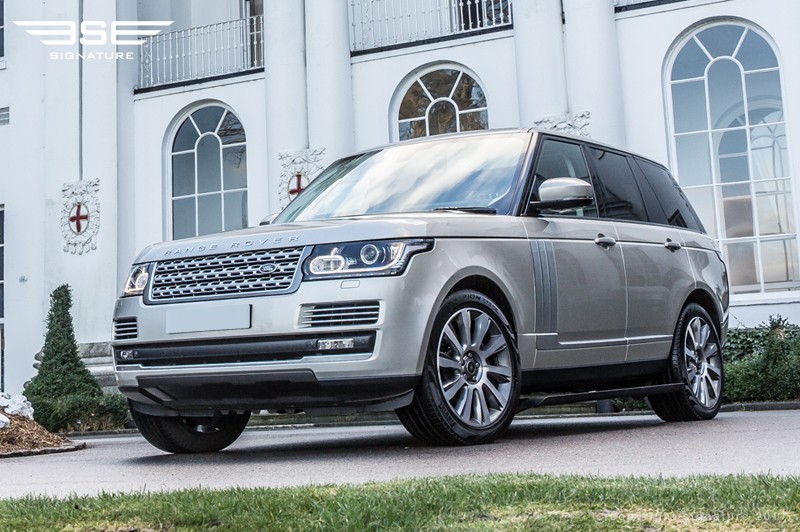 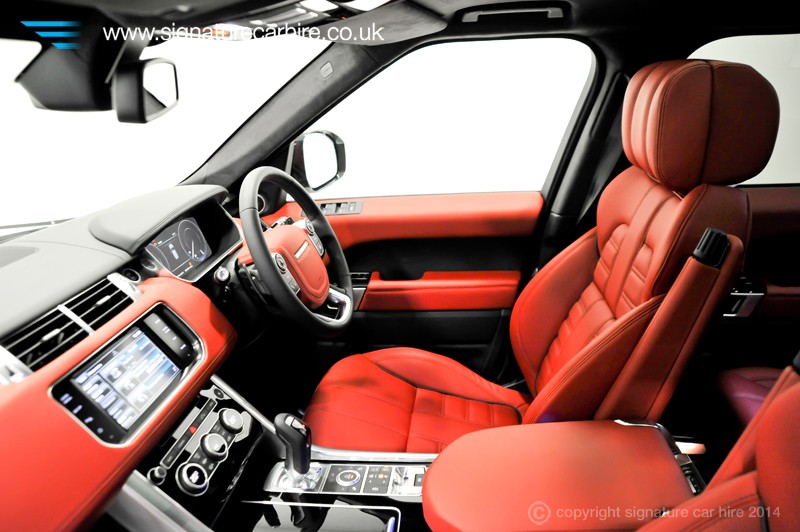 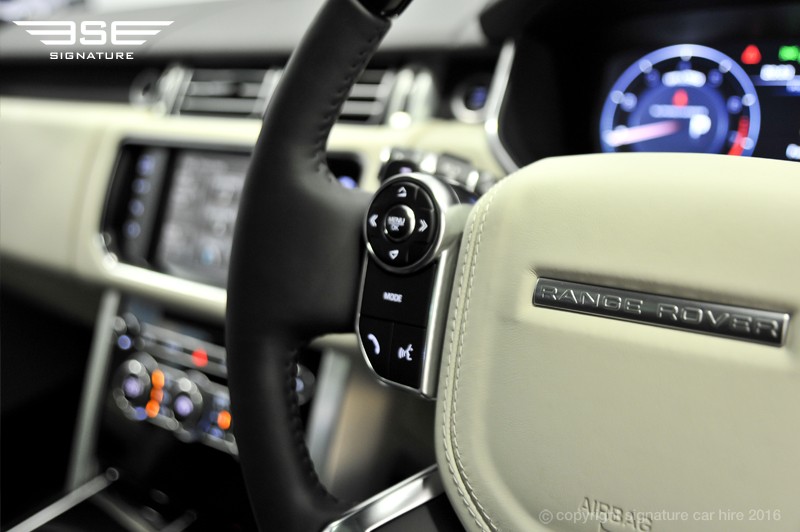 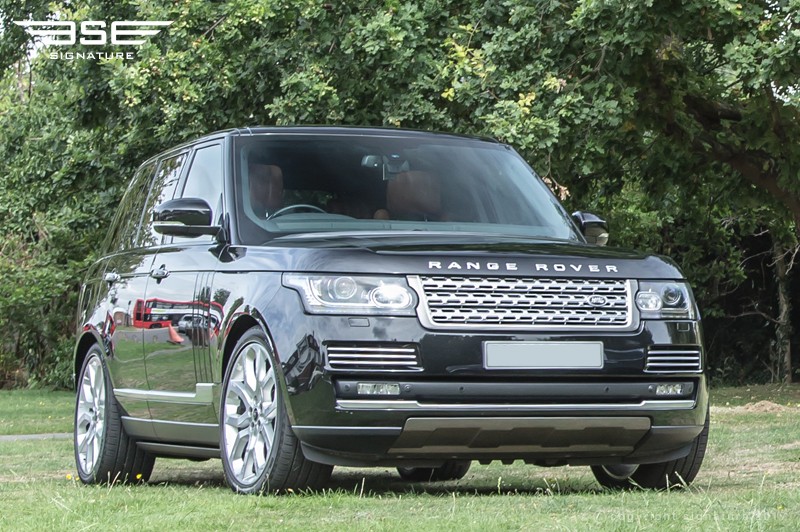 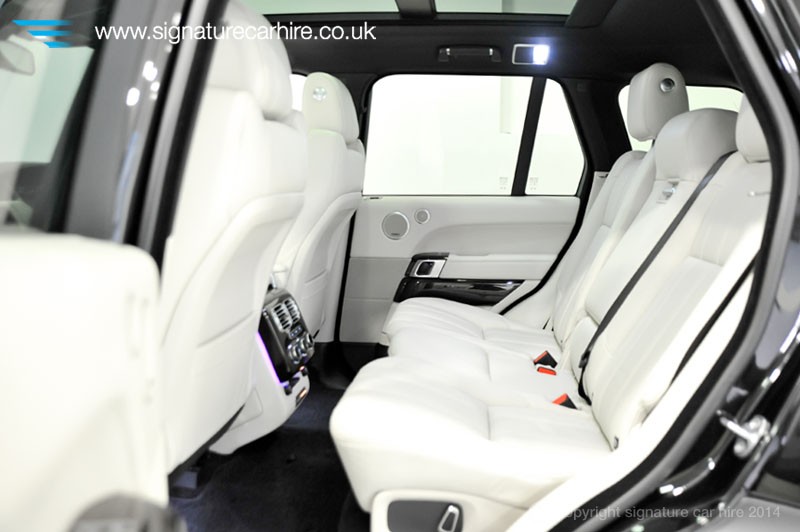 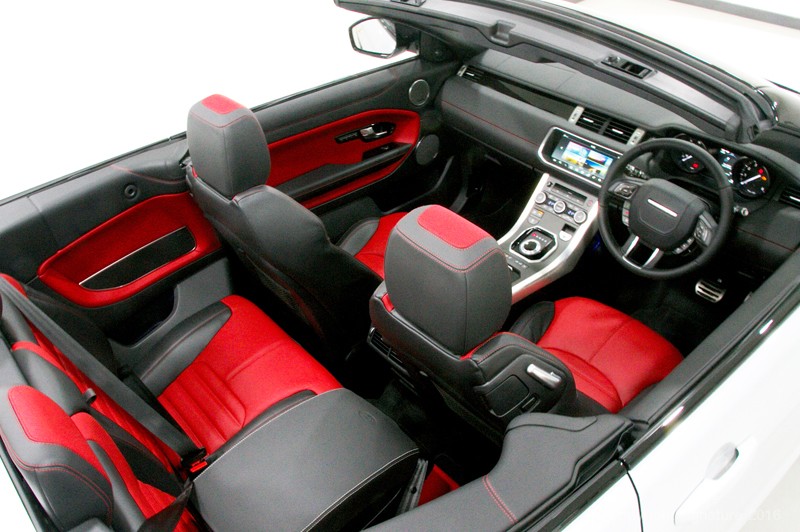 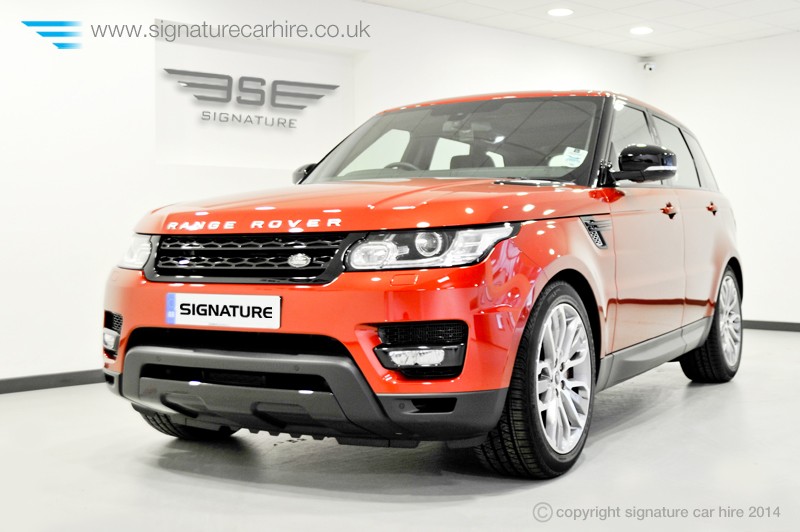 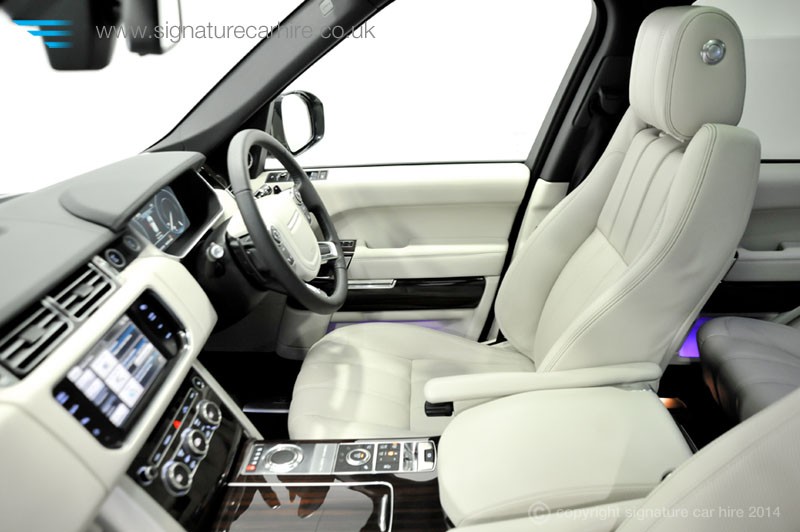 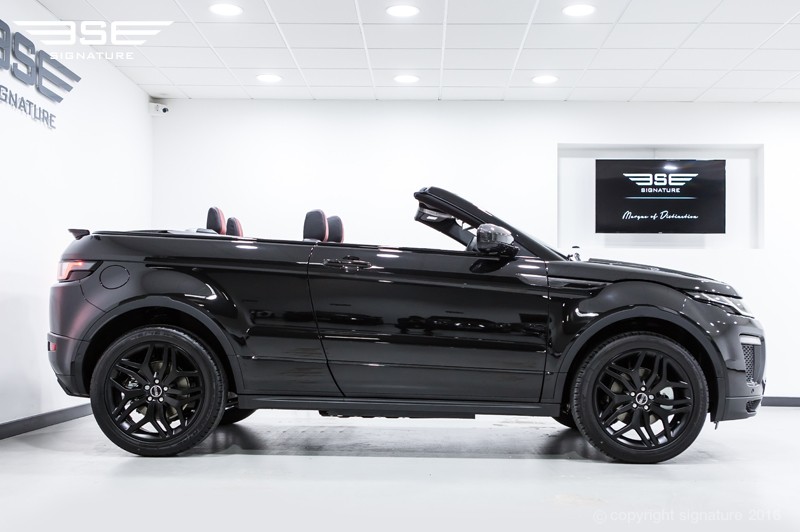 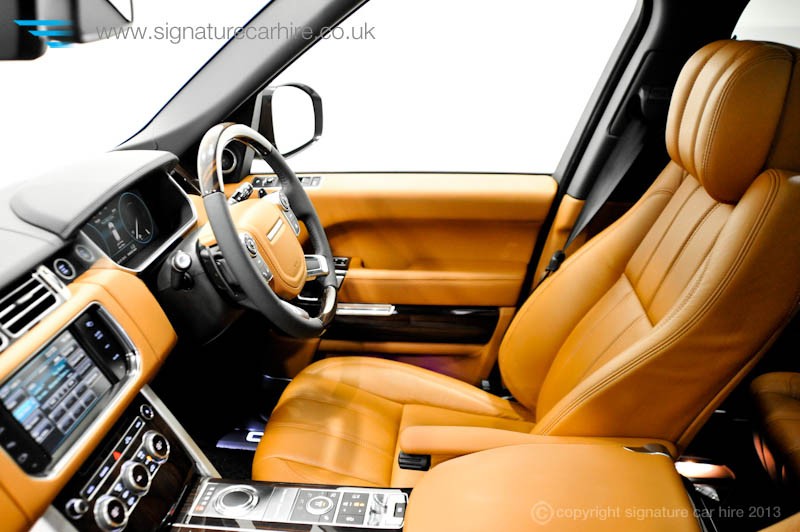 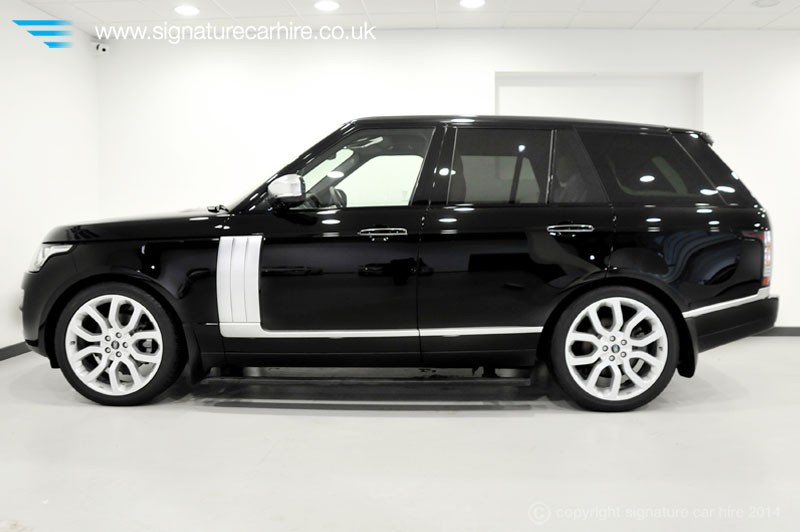 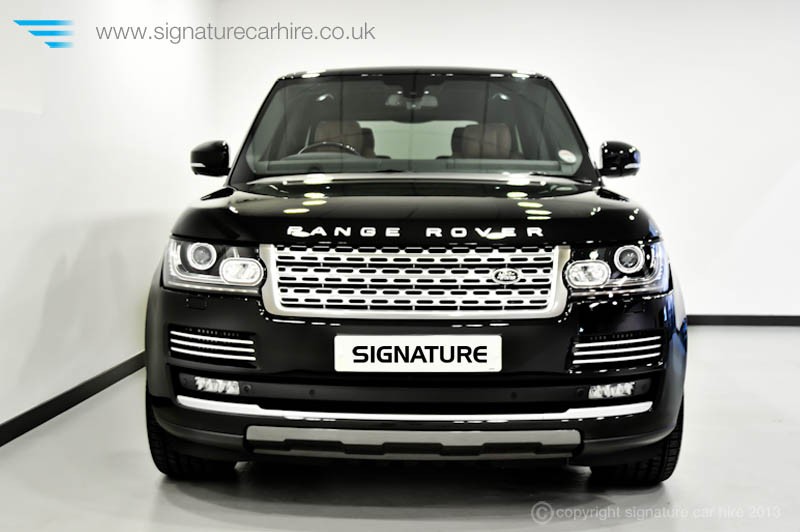 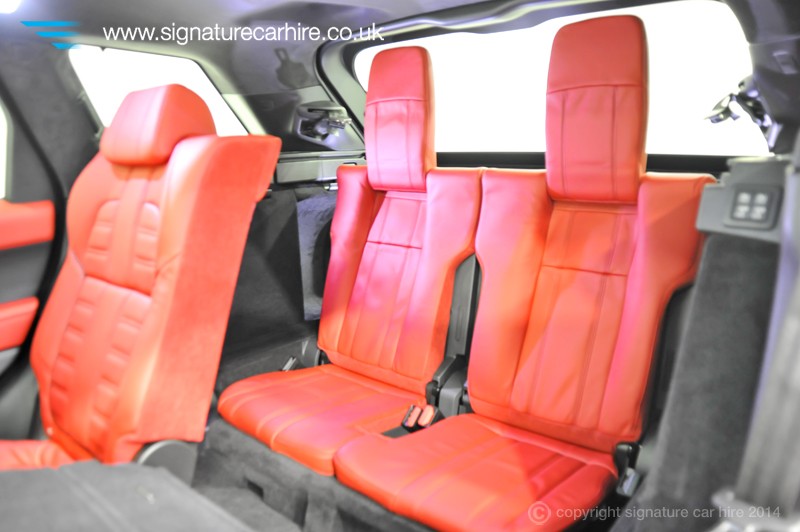 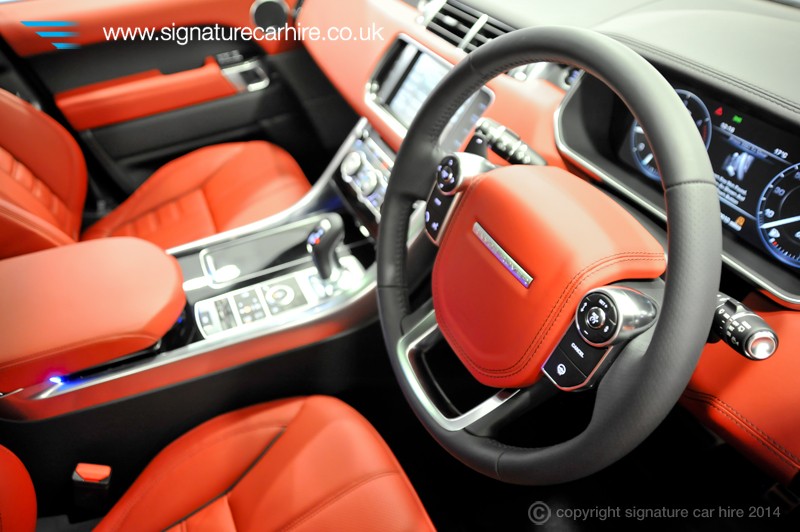 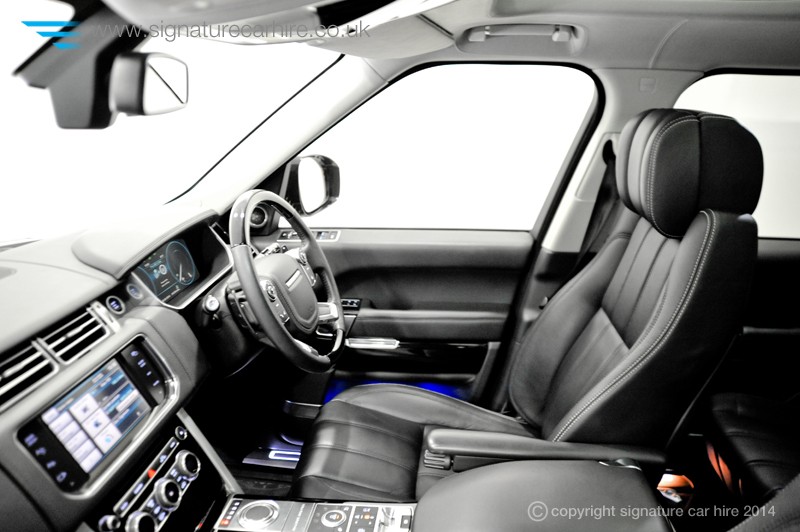 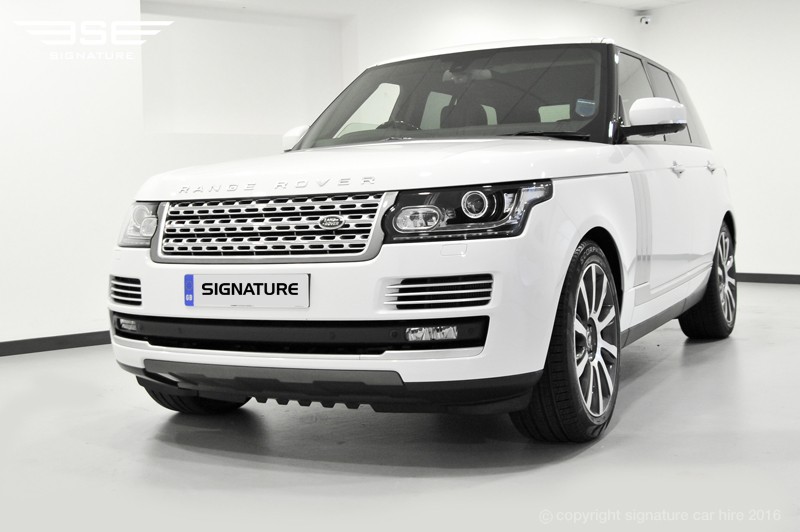 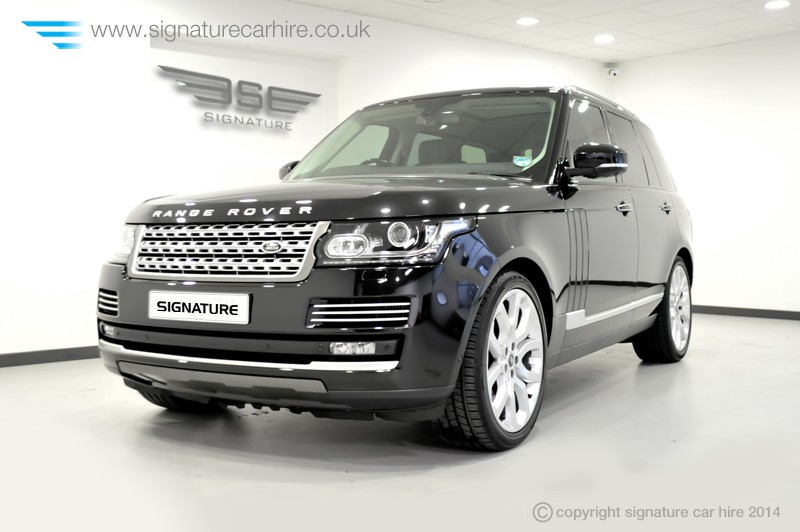 Land Rover is a 4 x 4, all-terrain vehicle manufacturer, based in Gaydon, Warwickshire, England, now operated as part of the Jaguar Land Rover business owned by Tata Motors of India. Originally the term Land Rover referred to one specific vehicle, a pioneering civilian all-terrain utility vehicle launched on 30 April 1948, at the Amsterdam Motor Show, but was later used as a brand for several distinct models, all capable of four-wheel drive.

Starting out as a model in the Rover Company’s product range, the Land Rover brand developed, first as a marque, then as a separate company, developing a range of four-wheel drive capable vehicles under a succession of owners, including British Leyland, British Aerospace and BMW.

In 2000, the company was sold by BMW to the Ford Motor Company, becoming part of their Premier Automotive Group. In June 2008, Ford sold its Jaguar and Land Rover operations to Tata Motors.White Range Rovers symbolise a crisp and trendy approach to the models – if you like bold choices on the road, white Range Rover hire is a brilliant way to inject your love for style in driving.

From utility for businesses to fun for people who want to drive them on the weekends, the safety and comfort of Range Rovers are etched on your mind once you are driving them during your self-drive hire. Signature's Range Rover cars also make the perfect car to opt for when you hire a Range Rover for the day with our chauffeur service.

Excellence as standard....that’s our Marque of Distinction